Pure escapism, that’s what films are all about. Lock yourself in a darkened room with a massive screen and booming sound and be transported to a better place – where heroes fall in love, heroines save the day, and where inanimate objects seem to be able to talk to each other.

Heavenly stuff, indeed. Here are a few of the dreamiest depictions of travel destinations in the movies, the kind that really want to make you get out there.

Sure, The Beach may have been about a violent druggy cult, but what a pretty picture! The film was shot in the Phi Phi Islands, an area renowned for its natural beauty and rock formations in the Andaman Sea.

It’s so enchanting there, it’s probably just about worth getting mixed up with dangerous criminals led by Tilda Swinton.

The classic Christmas film about a depressed man who glimpses what his town’s life would be like if he had never existed tends to fill most viewers with tears of joy about the preciousness of life and our place in it.

The town of Bedford Falls was based on Seneca Falls, a mill town equally rich in that snowy warm Americana that makes people all Christmassy.

The main character in Forgetting Sarah Marshall has to endure going on a romantic holiday alone after abruptly breaking up with his long-term girlfriend. Sure, it’s supposed to be sad because she happens to be there too with her new boyfriend, but c’mon it’s Hawaii, paradise on Earth.

During the course of the film, he can’t help but cheer up as he dances at a luau, goes surfing and hangs out with the angelic locals. Inevitable.

Swingers is all about the party scene in LA. It makes the city look like a non-stop bevy of hip clubs and bars that never close – pretty much the night owl’s idea of heaven.

When the characters declare a jumping party rammed with people as “dead”, then you know this city must be good. It’s so money, it’s paradise.

In Richard Curtis’ eyes, London is the place of scones, art dealers and glamorous Notting Hill. The fact Notting Hill was one of the city’s poorest slums until about 40 years ago is completely forgotten, and instead presented as an uber-charming oasis of befuddled antiques dealers and sexy starlets. Idyllic nonsense.

Despite the inclusion of how Darwin was bombed and the racist treatment of aboriginal Australians, Australia is all about how impressively beautiful the country is.

As the title suggests, the country itself is the star of the film and Baz Luhrmann’s camera positively drools over the grand landscapes of his home, making audiences everywhere marvel at the impressive plains and consider booking themselves a flight there.

The Bahamas appears in The Spy Who Loved Me, Thunderball, Never Say Never Again, For Your Eyes Only, You Only Live Twice, and most recently Casino Royale.

Sure, he’s probably chasing down some supervillain with a bionic arm or handlebar moustache in every scene, but darn it, he’s chasing them along some rather fetching beaches. It’s an angelic life that spy game.

7 places that are movie heaven was last modified: June 27th, 2019 by Adam Zulawski

Fit for a Khaleesi: Travelling Game of Thrones Style

7 places that make a heavenly cup of tea 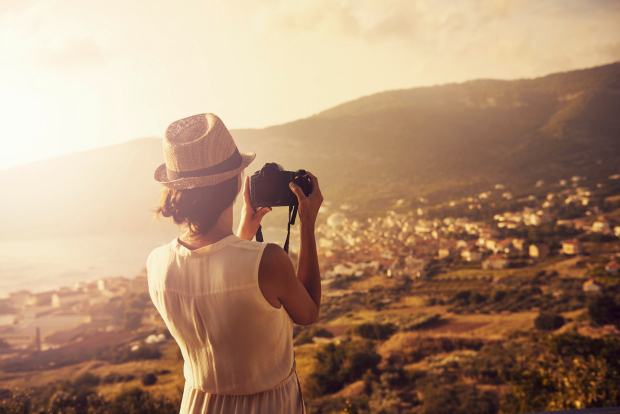 12 things travellers forget (and how to make do without them)