When it comes to street food around the world, Bangkok is at the top of the pecking order. At the start of 2017 Forbes, CNN and Frommer’s all ranked the Thai capital as the best for kerbside eats.

But on 18th April 2017 the story hit the headlines that Bangkok officials had launched a project to ban all food vendors from its city centre sidewalks by 2018. The travelling community went into uproar, but 48 hours after the initial announcement, the authorities decided to reverse their ban.

Will it last? Fundamental foodies from around the world won’t want to wait to find out. Just like bookings skyrocketed for flights to Cuba when it was revealed the country was able to import non-classic cars again, there’s a good chance that planes will be filling up with anyone and everyone who’s got Bangkok on their bucket list to ‘see it before it changes’.

If you’d rather avoid the scrum, here a few alternative destinations, where street food reigns just as supreme as in Bangkok. And if any of these foodie destinations take your fancy, remember to book all your flights, hotels and car hire with Cheapflights.co.za.

Port Louis, on the north of the island, is the nerve centre of the scene. The central market here is open every day. The dishes on offer come from a culinary crossroads, where influences from France, Africa, and India meet. Vendors dish out anana confit, which is pineapple served with tamarind and chilli, gateaux piment, which are Mauritius’ answer to falafel, and roti, which are flatbreads served with any choice of toppings; from Creole sauce to raw chilli chutney.

The weekend fish fry is an institution in the fishing village of Oistins, a short taxi journey from Saint Lawrence Gap on the south coast of the island. Street food stalls coral a central square of benches and plastic tables and chairs. Smoke plumes from grills, flames lash about from beneath cooking pans the size of satellite dishes, and there’s a constant soundtrack of hissing as the tops are prised off beer bottles. Classic dishes served here include fish fritters, jerk chicken, rice and peas, fried plantain and macaroni and cheese. 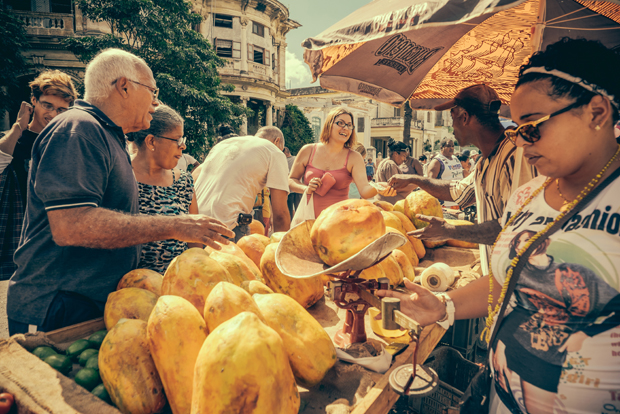 You can go on a street food safari in Cuba’s capital. Walking around the city you’ll find food sellers hawking about everything from coconut ice cream, served in the nut husk, to freshly cooked corn on the cob. One of the best options is a belt buster. Served in a cone, a bit like British chips, chiciricos are a sweet version of tortilla chips. Vendors shower them in sugar before they are served.

Not long ago, enjoying street food in Berlin amounted to a currywurst crawl and nothing else. And, although there are classic currywurst stands all over the city, the German capital has really upped its game in recent years as far as kerbside cuisine is concerned.

Every week, the Markthalle hosts Street Food Thursday. Between 5pm and 10pm teeth sink into everything from Thai tapioca dumplings to Nigerian Fufu. Every two weeks, on a Friday night, Berlin also hosts Bite Club. The event sees a scrum of vans, stalls and bars pop up on the riverside in Kreuzberg. There’s a United Nations’ worth of cuisine, ranging from Middle Eastern aubergine with fiery skhug sauce to Korean kimchi tacos. 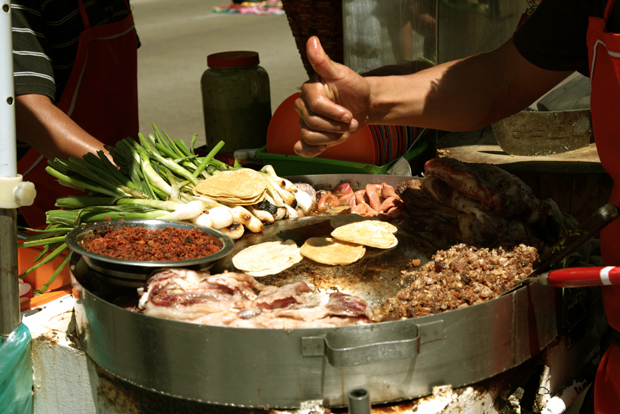 Mexico City’s cup runneth over with street food stands. Just like London has a Pret on every corner, Mexico City has a taqueria selling tacos. These saucer sized flatbreads get swaddled around fillings of everything from slow-cooked brisket to stewed peppers.

One of the city`s most famous taco stands is El Huequito in the old centre, which serves tacos al pastor; Mexico`s version of a kebab. Elsewhere, Coyoacan market is dense with street food stalls. Here you can fill up on enchiladas, tostadas and gorditas; pastry pockets of meat and cheese. 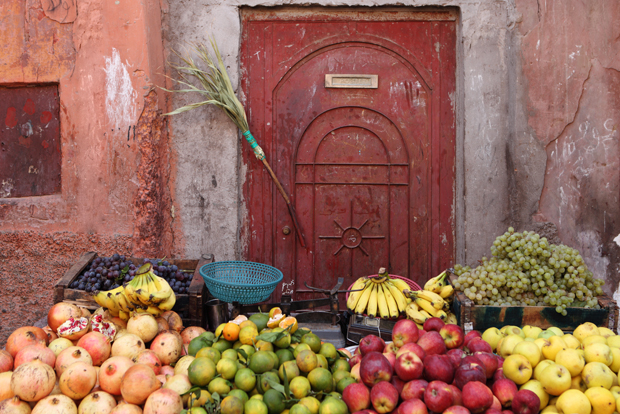 Marrakech hits the jackpot when it comes to street eats. Every night in Jemma el-Fna square cumulus clouds of steam and smoke hang over more than 100 food stands. Tagines bubble, chicken spits on the grill, portions of polished-looking olives are handed out in bowls. There are a few left-field options on the menus here, too. The brave can try snail soup, camel spleen, broiled offal, and sheep’s head. 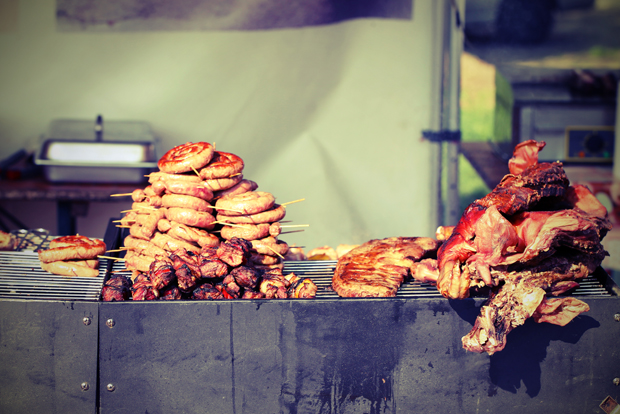 The city that never sleeps rarely has time to sit down to eat, so it`s easy to find food to-go here. The city’s food trucks dish up everything from Greek souvlaki (Uncle Gussy’s) to Indian dosas (N.Y Dosas). If you want something typical of the Big Apple, though, find Deli & Dogz pastrami truck on twitter. It serves doorstep-thick deli sandwiches filled with seven-hour slow-cooked meats. Alternatively, head to Hard Times Sundaes. This truck’s specialities are burgers and Brooklyn style hotdogs. 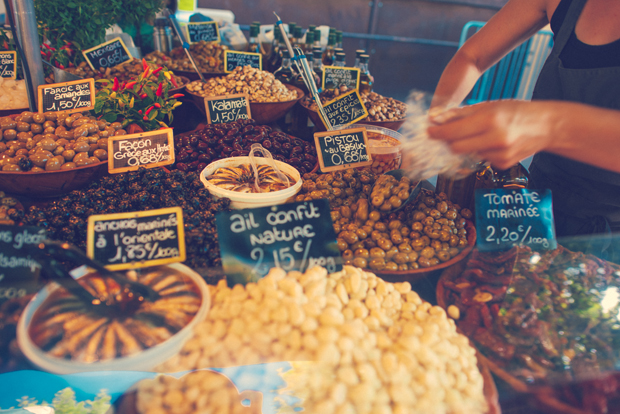 Street food isn’t called street food in Lyon, France. It’s just simply food because eating fresh produce straight from the stalls is something that’s been done in the city since records began. Les Halles de Lyon is where the city doths its cap to local cuisine. You can try the handiwork of cheese makers, bakers, pastry chefs, market gardeners, and wine merchants at stools next to the stalls. Swallow oysters down like shots at La Maison Rousseau’s stand, chomp into a baton of Jesus de Lyon cured meat from Charcuterie Sibilia, and indulge in St Marcelline cheese from Mere Richard.

Hungry? Get that flight booked and discover a world of great cuisine.