London and crowds go together like summer and fruit flies; it sometimes feels like you just can’t escape them. While ducking and diving around hordes of people are all part and parcel of the London experience, the queues can be enough to test the patience of even the most easy-going tourist.

With this in mind, here are our top tips for escaping the crowds on your next visit to London. Bookmark this page, print it off, learn each point off by heart – and swerve those crowds like a bonafide London pro. And then head on to Cheapflights.co.za to search for flights… 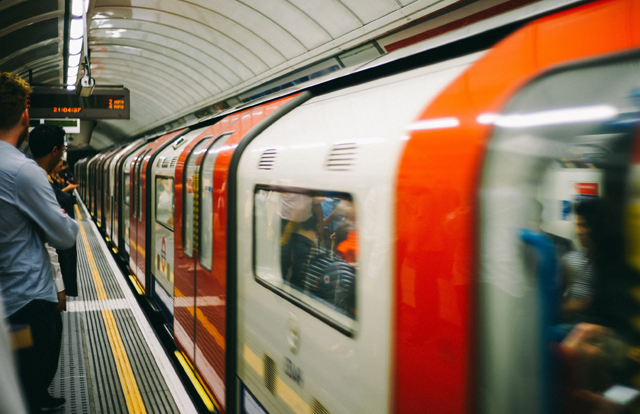 The London Underground (or ‘The Tube’ as it’s affectionately known by locals) is arguably one of the easiest ways to get from A to B. But on weekdays, the entire network is best avoided during peak hours – unless you’re particularly fond of feeling like a squashed sardine in a can.

As a rough guide, the peak hours run from 6:30 am until 9:30 am, and then from 4 pm to 7 pm. These are the times when stations are packed with workers flocking to and from work, leading to increased waits for trains and cramped conditions in the carriages. If you really need to be out and about during these times, squeeze into some trainers and get walking: many of the stops in the centre of London are just a few minutes’ walk from each other.

Check Google for advice on when attractions are busiest 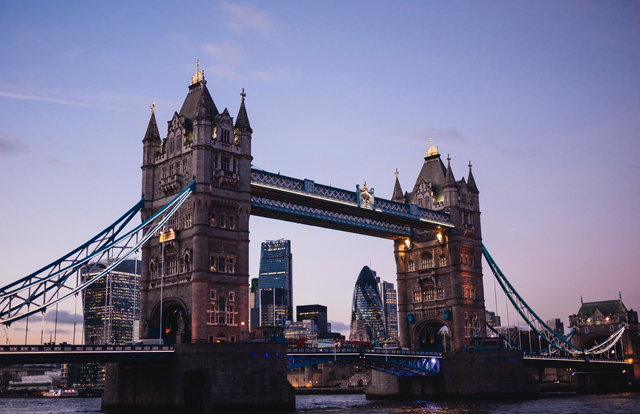 To avoid queuing longer than necessary at popular attractions, like the London Eye and Tower Bridge, use Google to your advantage. Simply search for the name of the place you’re going to and take a look at the graph under ‘Popular Times’. You’ll be able to see at a quick glance just when peak business is for the attractions – a.k.a. when to avoid turning up. 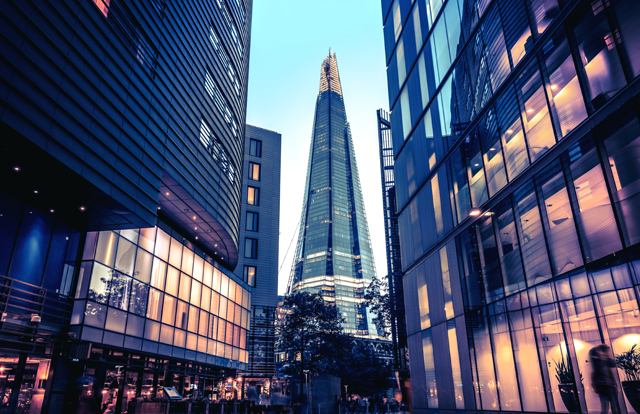 While they may cost a little more than regular tickets, skip-the-queue passes do just what they say on the tin: they get you to the front of the line quickly. If you’ve only got a few days to explore and don’t want to spend half of that time in a long queue of people, you may want to consider the advantages of paying out a little more in order to get more done.

Get to Oxford Street first thing in the morning 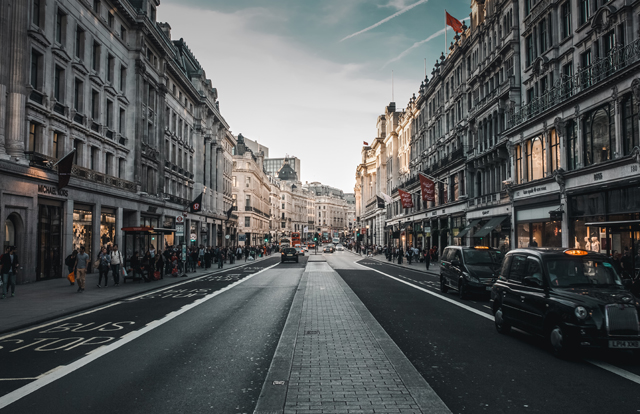 As one of the most popular shopping streets in Europe, chances are you’re going to want to make at least one trip to Oxford Street (and Regent Street for that matter). To avoid the crowds and sending yourself into an angry rage, get there as early as you can. Most of the shops are open from 9 am, which is the perfect time to get browsing. 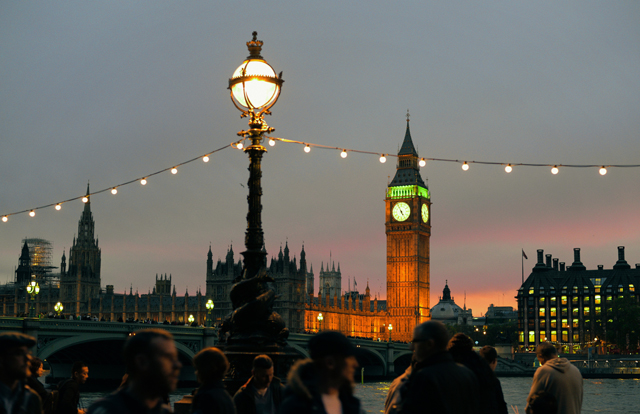 While August offers some of the best weather in England, it’s also the month when the crowds descend on the capital. England’s school summer holidays run from July through to September, making August one of the most popular months for parents to bring their kids to London to make the most of the free attractions, like the museums and art galleries.

Check out hidden gems – like Little Venice and Holland Park 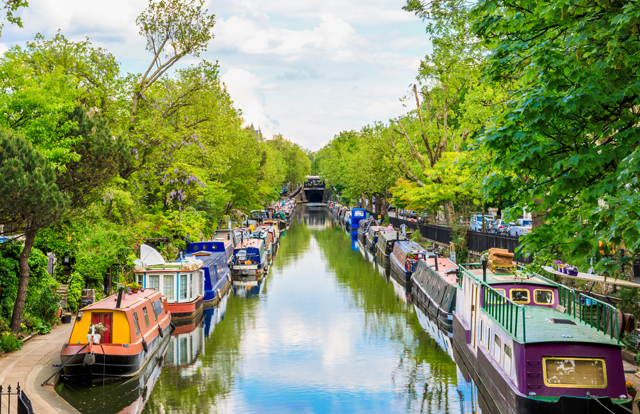 90% of holiday-makers will want to visit the Tower of London and The Shard. It’s understandable…but it’s also a nightmare for crowds. When the weather’s playing ball, check out some of the City’s hidden gems, like the Kyoto Garden in Holland Park, or the tranquil canals of Little Venice. St Dunstan-in-the-East is also a little-known spot in the heart of the Capital, made up of the bombed ruins of a medieval church. It’s now a striking public garden that’s full of both history and beauty – but virtually no crowds.

Try out alternatives to the popular sights 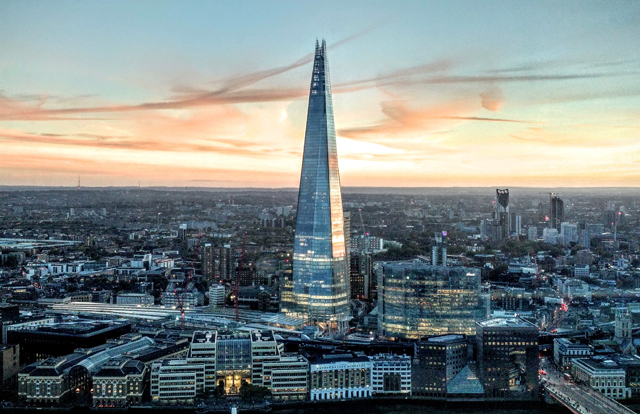 Want to get up high and see London from another perspective? Your first thought might be to head to The Shard, but you can guarantee hundreds of other people have had the very same idea. Consider, instead, heading up to the top of the New Change building by St. Paul’s Cathedral or the Sky Garden, where you’ll be able to see everything from the London Eye to The Shard itself and for free.

The same goes for other attractions like London Zoo. London has a number of smaller farms dotted around, each with their fair share of impressive animals. Battersea Park Children’s Zoo is one such destination, with resident animals including snakes, parrots, meerkats and otters.

Explore the outskirts of London 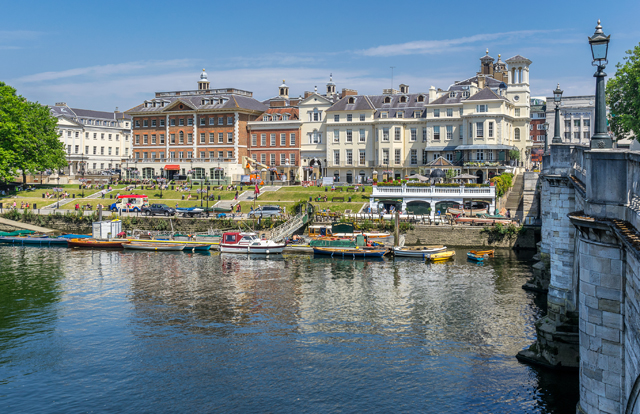 The majority of crowds can be found at the most popular destinations in the heart of the City, but London has way more to offer than just that. Leafy pockets around London, such as Greenwich, Richmond and Hampstead Heath, offer a much quieter side to city life, along with some iconic sights. For instance, did you know that in Greenwich you can stand on the historic Prime Meridian of the World?

These spots offer quick and easy transport into the centre of London, meaning they’re also wise areas for travellers to find accommodation in.

Steer clear of popular attractions on the weekend 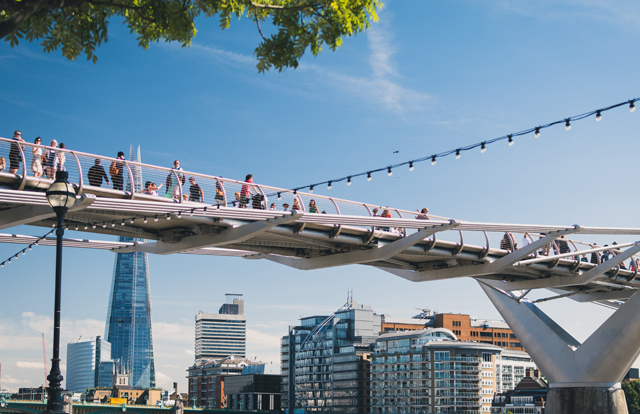 If you really want to visit the key London sights, your best bet is to make time to see them on a weekday. The weekend is when people from around London tend to flock into the capital, so attractions are extra busy.

And don’t let the rain stop you 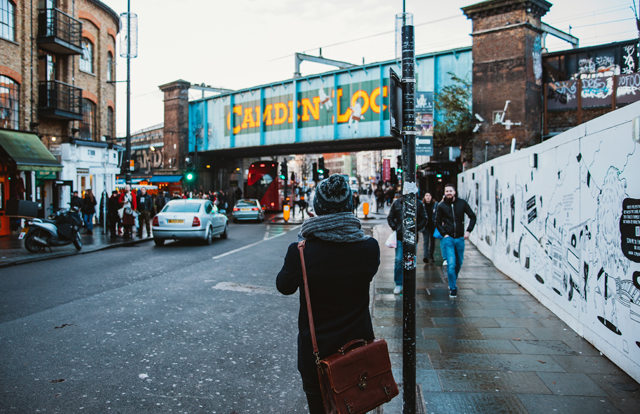 When the rain comes tumbling down in London (which, admittedly, is rather often), people will often make for the nearest cafe, cinema or shopping centre to avoid getting wet. This is where you have an advantage: Wrap up warm, squeeze into some waterproof boots, and grab an umbrella. This is the time to see the outside attractions away from all those crowds.

Does London seem more doable now? Then head on to Cheapflights.co.za and get searching for flights.

Start your search
10 ways to escape the crowds in London was last modified: June 27th, 2019 by Emily Ray