Which day is cheapest to fly to Curacao?

The cheapest flights to Curacao are usually found when departing on a Tuesday. The departure day with the highest cost at present is Monday.

Curacao flights can be made cheaper if you choose a flight in the morning. Booking a flight at midday will likely mean higher prices.

In the middle of the Caribbean Sea, 35 miles off the coast of Venezuela, lies the island of Curacao. Part of the Netherlands Antilles, Curacao is the largest and most populous of the three islands along with Aruba and Bonaire.

Discovered in 1499 by Spanish explorers Alonso de Ojeda and Amerigo Vespucci, Curacao remained colonised by the Spanish until 1634 when the Dutch founded the capital Willemstad. Today travellers on flights to Curacao will land in the capital which most visitors use as a base from which to explore other parts of the island. Stay for a while and walk along its canals and narrow streets lined with gabled houses, reminiscent of old Amsterdam. Spend an afternoon in the Floating Market where boats from Venezuela and Colombia dock and vendors come out to sell fruits, vegetables and handicrafts.

Visitors coming off their Curacao flights who are eager to hit the beaches should head to Westpunt, where fearless divers dive off the rock cliffs into the crystal-blue waters, or to Blauwbaai on the south coast which has a good selection of restaurants and bars.

Curacao has a warm, sunny climate all year long. Temperatures average 81 F and are cooled by eastern trade winds. It’s outside the hurricane zones, but tropical storms can randomly cause foul weather. From October to February is considered the rainy season, but the little rain usually falls at night.

When is the best time to fly to Curacao?

Peak Season:
December through April is the peak season, out of the rainy season and when the temperatures are low in Europe and North America and tourists look for some winter sun.

Off Season:
The most rain falls in October and November. Temperatures remain good throughout the year though, and the island is not in the main hurricane belt, so it is a good destination year-round.

Public transport is available, though irregular and often slow. There is a bus network as well as taxis. When taking a taxi make sure you agree the fare before setting off.

Renting a car allows greater freedom to explore the island and will help you find your way to less crowded beaches. 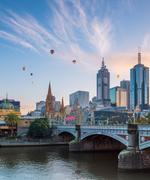 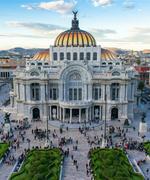 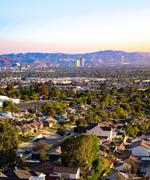 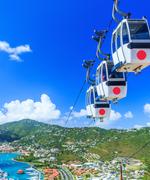