Cheap flights to Bergamo found for this year

When is the best time to fly to Orio Al Serio Airport?

Average Milan flight ticket prices and weather conditions for 2021 and 2022 by month.

June is typically the best time to fly to Bergamo, but there are other times where great deals are available. July tends to be the warmest period in Bergamo so if you are looking for sun or warmer climates then look to fly around this time. July is the wettest if you need to factor this in to your plans.

When is the best time to book a flight to Bergamo?

Booking 43 days in advance of your planned departure date is, on average, the best time to get cheap flights to Bergamo. The general trend is that the closer you book to the departure date, the more expensive your flight will be.

Which day is cheapest to fly to Bergamo?

At the moment, Monday is the most economical day to take a flight to Bergamo. Saturday is likely to be the most costly.

What time of day is cheapest to fly to Bergamo?

Flights at midday are typically the cheapest time of the day to fly to Bergamo. Flights in the evening are usually the most expensive.

When is the best time to visit Bergamo?

The months of February to May and September to October are the best times to book flights to Bergamo. If you are visiting in February make sure to plan your trip around the world renowned ‘Carneval of Alme’ celebrations which takes place in Bergamo as well as Venice. Festivities in Bergamo are a spectacular display and Bergamo sees less tourism than Venice making it easier to take part in all the activities and events on offer. Locals and travellers can enjoy colourful parades of costumes, masks and music. The weather is ideal during these months for exploring the sights of the city on foot. During the latter part of February, the city plays host to its annual carnival, a feast of music, dance and colourful costumes.

If you are looking for a cheap flight to Bergamo, the off-season months of January, March and November are the best time to go. Accommodation is less expensive, cheap flights to Bergamo are easier to find and the city tends to be a little less crowded.

Located in the beautiful region of Lombardy, Bergamo is one of Italy’s most charming destinations. Those taking a flight to Bergamo will enjoy the dramatic mountain scenery of the Alps that provides the perfect backdrop for the city, which is a picture postcard vision of historic Italy. Bergamo is split into two distinct areas – the Città Alta, which is the historic part of the city perched upon a hilltop and the Città Bassa, a more modern area which lies on the plains below. A maze of narrow alleyways, medieval buildings, Gothic churches and quaint pavement cafes, the Città Alta is the main reason Bergamo has become such a popular tourist destination in recent years. The richness of the historic treasures contained within the Città Alta has seen this part of the city designated a UNESCO World Heritage Site.

At the heart of the old town, the Piazza Vecchia is the very definition of elegance and Renaissance architecture. This magnificent square is surrounded by a dizzying array of traditional cafes and a host of important historic buildings, such as the 12th century Palazzo della Ragione, a fine example of Venetian-Gothic architecture and the Palazzo Nuovo, which now houses the city library and the Torre del Campanone where you can still hear the bell mark the city’s ancient curfew every evening. From above the ancient Venetian walls which surround the Città Bassa, the views of the surrounding countryside and the imposing peaks of the Alps are truly breath-taking, and a great reason to take a flight to Bergamo.

Although it is possible to walk from the lower town to the upper old town, most of the streets are very steep. The simplest and most relaxing way of making the journey is by taking the city’s funicular railway. As Bergamo is fairly compact, it is relatively straightforward to get around the city on foot. However, there are a number of regular bus services in operation and tickets can be purchased which allow travel on the buses and the funicular railway.

How to get to the city from the airport

Flights to Bergamo will land in Orio al Serio International Airport (BGY), which is situated approximately 4 miles (6 km) from the city centre. A regular bus service runs between the airport and the city, and tickets can be purchased either from tourist information points within the airport or at the machines located at the bus stop. A taxi journey takes roughly 15 minutes but can often be expensive.

What airport do you fly into for flights to Bergamo?

Travellers will need to book flights to Orio Al Serio (BGY) if they wish to fly to Bergamo. The Bergamo airport is 3,5 km from the city centre.

See alternative destinations where airfare is generally forecast to be close to Bergamo flight prices. 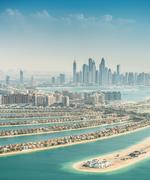 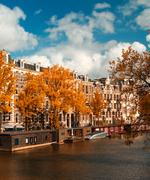 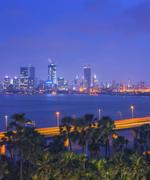 Not set on Bergamo? See the cheapest flights to South Africa. Airfare prices updated on October 25, 2021.