Which day is cheapest to fly to Liberia International Airport?

The cheapest flights to Liberia International Airport are usually found when departing on a Monday. The departure day with the highest cost at present is Wednesday.

At the moment, flights in the morning are likely to offer the best value for money for your Liberia International Airport trip. A flight at midday will more often than not be of higher cost.

Liberia, the capital of Guanacaste province is a country with extensive rainforests, some of the most lush and dense ones in Central America. Liberia is an ideal gateway to the whole of Costa Rica and its beautiful beaches and parks. The Santa Rosa National Park and Rincón de la Vieja National Park have some great hiking trails apart from options to ride horses, enjoy the gush of the waterfalls or take mud baths. Alternatively travellers can stop at Liberia on their way to the Guanacaste beaches and to Nicaragua. Travellers also frequently head to the west to chill out on some of the great beaches including Playa Hermosa, Ocotal and Tamarindo. English is spoken widely in Liberia but in remote areas it is better to have a local guide.

The friendly city of Liberia is locally known as ‘the white city’ (“la ciudad blanca”) due to the plethora of colonial houses constructed with a kind of white clay giving it a whitewashed look. Liberia’s traditional culture includes dance, storytelling, and carved masks that are part of its artistic traditions. You may have to haggle to pay a good price for a mask depending on the work and size.

A great way to spend time in Liberia is to walk along the streets around the Plaza Central and take in the sights and sounds of the place. The main attraction of this area is the modern church of Iglesia Inmaculada Concepcion de Maria. Many local shops and restaurants surround the plaza. Eating out may be surprisingly inexpensive for enormous portions of Liberian food that includes chock rice, cassava leaf, potato greens, palm butter, goat and pepper soup among delicious breads and fish.

When is the best time to fly to Liberia International Airport?

The hot and dry months of January to March keep away most tourists. But you can enjoy lower rates everywhere and less crowds.

The green season from May to October experiences rain showers interspersed with sunny spells. The months from May to October are usually the preferred time to travel because of the sunny weather and the lush vegetation. The rates are cheaper everywhere and tourists are less.

Getting around Liberia International Airport

Buses are cheap, well maintained and cover all parts of the city, they are by far the most economical way to go around Costa Rica. The local buses are the cheapest. The Express buses travel to most beach towns and major cities.

Car rentals and taxis are readily available. You can hail a taxi on the street or better to call a cab from your hotel. 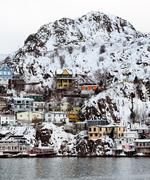 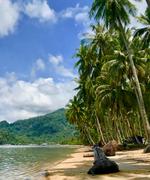